Emma, Anbjorg and Monica were interviewed by SIU (Norway´s national office for international exchanges), at the Multiplier Event in Bergen 2106. The reporter also came to Metis school  and interviewed our students who have been active taking part in the case studies. This is article was published both in their monthly magazine and on their website; our students at Metis covered the front page of the magazine. See the link:
https://www.siu.no/For-media/Nyheter-fra-SIU/nye-apper-gir-bedre-laering

Advanced training for headteachers from Ettenheim and Haslach,
Germany: April 2016

The main focus of this advanced training was to give and share information about mobile learning in general. The Rennbuckel team informed the headteachers about important technical aspects for schools and underlined the importance of a pedagogical concept like PAC. The teachers had the possibility to join some of our lessons.
​The next step will be a second advanced training at their schools to give more detailed information about PAC and to show some best practise examples of our lessons.

Colleagues from the University of Hull presented at the MITE conference in Galway. Dr. Kevin Burden talked about the development of the mobile learning toolkit, Dr. Stewart Bennett presented his work on the use of eBooks and iPads in history fieldwork and Janet Gibbs explained how she has worked with colleagues in Hull and Norway on a science and English project: 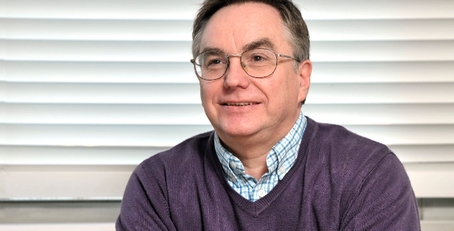 Mobile learning considers the process of learning mediated by handheld devices such as smart phones and tablet computers (Schuler, Winters & West 2012). The ubiquity and diverse capabilities of these technologies have created considerable interest amongst educators (Authors 2012; Foley & Reveles 2014; Johnson, Adams Becker, Estrada & Martín 2013) who seek to investigate their application for learning on the move (Sharples 2013) across a variety of formal and informal contexts. Recent interest in mobile learning has increasingly focused on this issue of context, and mobile technologies have been described as boundary crossing objects since they enable learning to extend beyond the bounded context of the institution and across the different settings in which learning occurs. However, the emerging research literature suggests teachers tend to default to traditional teaching practices in formal classroom settings, focusing on teacher-directed approaches and content delivery (Rushby, 2012). If boundless learning is to become more commonplace, therefore, educators need to better understand how to design learning experiences which genuinely exploit the unique affordances of mobile technologies, such as their ability to foster self-directed learning, which transcends traditional binaries such as formal and informal learning or face-to-face and virtual learning. The authors of this paper are currently leading a transnational European Erasmus+ project (www.mttep.eu) which seeks to realise this ambition by developing a European mobile learning network for teacher educators and a mobile learning toolkit to translate these ideas into practice. This paper presents the theoretical underpinnings for this toolkit and introduces the different tools and instruments that are being developed. The challenge for teacher educators is to facilitate the ability of pre- service teachers to enhance their learning and teaching process through implementing and integrating mobile technology to support teaching practices. Teacher educators themselves need to model this technology integration in their own teaching allowing for sound theoretical and pedagogical decisions to be made (Broda et al., 2011). The toolkit produced in this project will act as a catalyst for developing such practices. 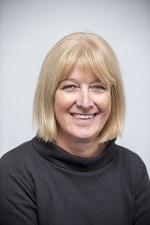 Janet Gibbs
Making ebooks - a Tool for Cross-curricular, International Collaboration in the Field

This paper outlines how making ebooks, using an iPad app, supported collaborative working between English and science pre-service teachers, together with English and science Norwegian high school students, in an authentic situation. The authentic situation was an aquarium in a city in the North of England. The collaboration involved working together in mixed English and science groups to select their chosen topic from a range of topics that related to the science curriculum for 16+ students in Norway and England. They were also tasked with adapting their use of language, for a particular audience. It could be written in the format of their choosing, such as a news item, teaching resource or public debate, for example. Discussion between the Norwegians and the pre-service teachers was paramount, to ensure that the language and terminology used was appropriate for the audience and to ensure all participants were clear about the meaning they wanted to convey. They were able to use the mobile technology to make video, photo and sound clips at the aquarium, which were then edited before being incorporated into their ebooks.

The students and pre-service teachers were able to personalize their ebook. The agency of the task involved them working independently and having control of their own learning. By selecting their own topic for research and doing some preparatory work, they could customize the detail of the learning scenario and adapt it as they visited the aquarium. In this way the students became the architects of their own learning in that they researched existing knowledge and by doing so, created their own new knowledge and then put it to purposeful use in the ebook (Fullan and Langworthy (2014). By reviewing the captured data, it enabled the pre-service teachers to remember more clearly and in detail what they had experienced in the field. This would not have been possible without mobile technology. The process of making the ebooks and the learning involved was more important than the end product.

Dr. Stewart Bennett
The Use of Mobile Digital Media for Teaching and Learning on Field Visits: A Case Study.

As part of an Erasmus+ project being led by the University of Hull, the secondary history PGCE students have been trialling the use of iPads during visits to the First World War battlefields in Belgium and France to enhance teaching and learning. This is in two parts. First as a teaching tool through a teacher-produced eBook, loaded onto students’ iPads that contain a range of instructional and background information that can be accessed at various points during the visit by students. These are designed to provide information and to meet specific planned learning outcomes and develop identified historical skills at specific locations. Secondly, students use their iPads as an information collection device to collect and select information to create an outcome called an 'artefact of achievement'. Prior to the visit students are given the name of a soldier (their namesake), as a focus whose memorial they can locate during the visit. Using the App Explain Everything students collect information from a variety of sources; sites, memorials, museums and guides to develop an understanding of the war in which the identified soldier died. The affordances provided by iPads enable students to select appropriate material to create a narrative of the soldier. Students then use the App Book Creator to make their own interactive eBook of the soldiers story. Evidence collected to date, suggests strongly that students engage more with the production of an eBook than they would with traditional worksheets because of the diversity offered by the technology. To construct the 'artefact of achievement' they are able to include photographs, text, movies, narrations and interviews to construct an authentic and professional presentation.

We were asked to give a presentation of digital learning by the Lentiz organisation which consists of a  chain of schools. The school that invited us wanted to change their ways of teaching. In a survey their pupils had written down that they were dissatisfied with the way of teaching. They wanted more responsibility for their own learning process. Moreover, they were bored with the lessons.

We discussed how teachers can improve their lessons by using mobile devices but we also paid attention to the fact that mobile devices are only tools and that the importance of the teacher cannot be erased and that you need different pedagogical skills when you work with mobile devices in the classroom. 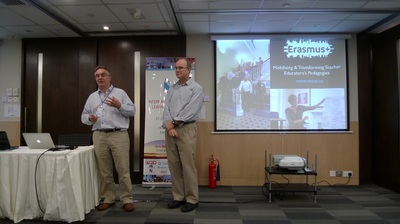 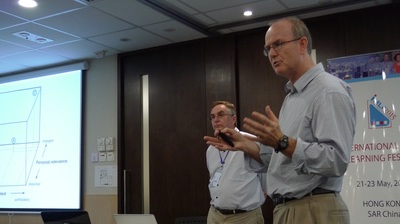 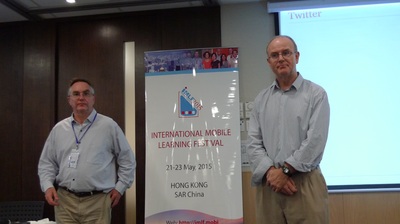 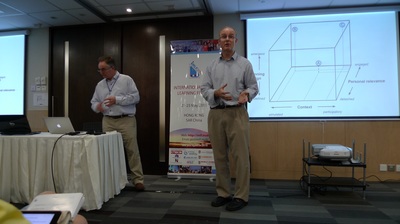 The Creative use of Tablets in Schools: Ireland, March 2015

Ted van Deutekom and Cora Kloet-Vries, project partners from Lentiz Reviuslyceum in Maasluis, Netherlands, presented at the European Studies Programme Junior Planning Conference in March 2015 on the use of Tablets in schools, sharing their insights on the pedagogical use of such mobile devices in the context of flipped learning. The programme co-ordinator emailed to say that they had received "extremely positive feedback from Cora and Ted's presentation".
Zum Bearbeiten hier klicken. 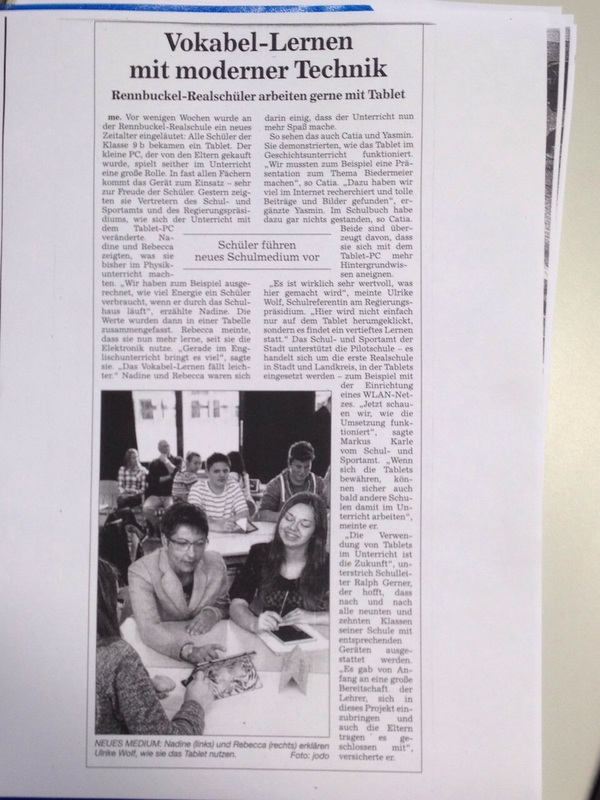